If We Are Not Frightened by Brutality 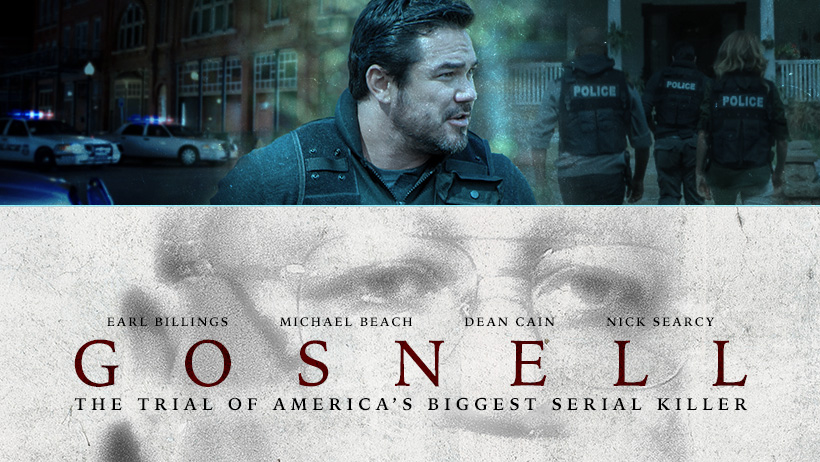 If we are not frightened by brutality

are not my words, instead, they are those of St. Augustine as he wrote about the serene, loving and Christlike words that poured from the mouth of the brutally tortured and dying martyr, St. Vincent during yet another of the successive regimes of persecution against Christians in the early fourth century.

I thought of these words repeatedly while watching the movie Gosnell: The Trial of America’s Biggest Serial Killer. Because I am. And, I wager, so are you… frightened by brutality… More on that later.

By closing our eyes and sanitizing the names of things, we hope to make black become white, what is filthy become pure. Because we want it to be so. The reason our euphemisms gain public traction so very quickly has practical utility. Our brains can store the memory of our ‘affair’ in a far less accessible location from where we can recall our ‘adultery.’

Before explaining why and how I am correlating this movie with the words of a fifth century saint, here’s a tale of how I close my eyes to what I don’t want to see nor understand.

My husband, our dogs and I live in northern Nevada, over a thousand miles from the Mexican border.

Therefore, when I looked at the unlined face of the nineteen- year- old illegal male Mexican immigrant allegedly responsible for the murders of four people, in adjoining Gardnerville, I mused aloud to my psychologist husband about what could possibly make a young kid murder two women and an elderly couple?

John’s reply was instantaneous. “Because he doesn’t see them as people. They mean nothing to him. But as obstacles to having what he wants… nice houses, money, expensive stuff. He wants what they have so he’ll take it. Break in at night when it’s easier to just kill them…leaving him plenty of time to go through their house and take what he wants.”

I am paraphrasing but those are fairly close to his words. A day or two later, I brought it up again. Like many of us who live in peaceful northern Nevada, I was stunned that this happened here. I kept thinking about these people. Asleep in their beds and waking up to violent death. We are far from LA or Sacramento after all. And I asked John why he had said this…didn’t even think…why he opined with certainty about who this kid was. It wasn’t like him to speak this way.

“Lin, you’ve never been around these people in your life. I have. Met plenty of them in the prisons I worked in. Lived with them even while working my way through college, all they cared about was getting high…wholly focused on themselves, no one else mattered.”

Quiet for a minute, thinking, he added, “In the marines, that’s exactly how they talked to us about the Vietnamese. As if they weren’t human. They were the enemy…some kind of inferior species…. half of me knew it was brain-washing but the other half kind of bought it.” John was talking, of course, about his awareness of own capacity for brutality. Something we prefer not to confront. It’s ugly and very frightening when we honestly consider just what we are capable of. So most of us don’t do it.

If we are not frightened by brutality…

The movie Gosnell continues to compel public attention despite incredible media resistance to its message. Now I know why…

The film was made available for public viewing this past Tuesday, the same day that the state of New York elevated abortion to a ‘fundamental human right’. Back in October when Gosnell was released, the only theater showing it was in Reno, too far for me to go see it. And John downloaded it for us to watch that afternoon.

Most of us know precisely what we’re doing when we change the words. Whether we call it “affair” or “adultery”; “fornication” or “consensual sex,” “abortion” or “murder,”we know, at some level, that we’re playing a game. And that there are consequences to that game. Over time, that knowledge becomes less accessible. And that voice whispering “this is wrong” quiets.

In the explosive legal and political quagmire of abortion, that game has grown legs and has become an entity. One masterfully portrayed in Gosnell.

Watched carefully, this movie depicts the consequences of what Pope John Paul, called our culture of death. In the words of one reviewer:

In his effort to get Gosnell off the hook, the defense attorney cross-examines another abortionist, who testifies that she, unlike Gosnell, would never snip a living infant’s spine, never allow unlicensed staff members to administer anesthesia, never let a woman die on a table in her clinic. She’s a good abortionist.

She says she has performed more than 30,000 abortions, many of them in the second trimester. The defense attorney slowly walks her through the procedure used to legally terminate those pregnancies. He shows a sonogram of a 23-week-old fetus, has the abortionist explain just where she’d inject a needle to stop its heartbeat. He has her explain how she evacuates the brains of the fetus in the womb to allow for its removal, how she’d use scissors to aid in the process. And what would she do, he asks, if a fetus happened accidentally to be delivered alive?

The abortionist hesitates only a moment before saying she’d provide “comfort care,” which she describes as keeping the fetus warm and comfortable. “Eventually it will pass,” she adds.

“So basically you’d let it die?” The defense attorney finishes the thought for her. “Seems like it’d be more humane to just take a pair of scissors. …” He trails off and grins; he’s made his point. How can Gosnell be punished for doing what every abortionist does? They all ensure that unwanted fetuses are killed. The means by which they do so is a secondary concern.

If we are not frightened by brutality.

No one can watch the movie Gosnell and remain unaffected by what is made explicitly obvious. Yet without ranting, without polemics. The film sticks to a case that was initially made because of the huge volume of drugs being consumed at this clinic. There is little to no sentimentality. The pace of direction and dialogue if anything, understate the enormity of what is discovered. Step by step, a cop and his ally, an assistant DA with five kids, put together the puzzle of what has been happening. Neither of these people is looking for a cause. They are ordinary people doing their job.

That Defense Attorney’s sardonic interrogation of the ‘good’ Abortionist makes clear the inanity of the arbitrary legal distinctions of life within the uterus of a pregnant woman. And rips off any possible notion that the act of abortion can be anything but violent…most likely excruciatingly painful to a ‘fetus’ since the nervous system develops very early. Until this movie, all this has been hidden…

The more I have considered these words as I write this piece,

I think that the brutality St. Augustine is talking about is not merely external. In fact, perhaps the truth of the matter is that the brutality that we need not be frightened of, lies not outside but within. In me. In you. In each one of us.

Assuming we continue our practice of renaming all of the endlessly creative ways we humans can distort ourselves and the world around us, then the New York legislation passed recently with the interesting title of the Reproductive Health Act makes perfectly good sense…for the person and culture believing that any and all suffering must be relieved. Or ended.