Solitude: As Critical As Food 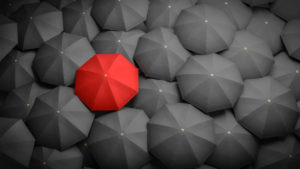 Solitude: As Critical as Food

Solitude. To some, the word means loneliness, a desperate and solitary state. To others, withdrawing from crowds, conversation and activity can feel as necessary as food. While searching for an image that conveys my current understanding of the concept of solitude, it seemed  the majority of them depicted miserably lonely men and women. While just a few revealed joyous lone individuals amidst a forest or beach.

Is the solitary state something to dread or embrace? There have been times in my life that my new solitude broke my heart as I learned and relearned the art of living alone.  Especially when the decision to be alone was not my own. And found -eventually- that happiness and solitude were not mutually exclusive. In fact, periods of solitude are as necessary for me as are exercise and food. I suspect the same is true for most of us.

Now that we are ending our second week on a cruise ship with 2500 other people, I find myself  withdrawing, speaking less and listening more. A different kind of solitude- more internal than physical.

The population on the cruise ship is close to that of the nearest town at our Nevada home. Therefore, all some of the dramas of individuals are revealed in sometimes very public ways. Like yesterday’s announcement from the captain about a critically ill passenger in need of O negative blood. ‘Could anyone with  a blood donor card please come to the medical area immediately?” His voice conveyed the dire urgency of the need.

Just as I was pondering the unlikelihood of a donor with a blood type possessed by less than ten percent of the population, a couple rushed out to the bank of elevators where I stood. They were obviously distressed. The wife explained, “He has O Negative blood- we are trying to get down to the clinic so he can help!”

The elevators finally came and they disappeared. Ten minutes later on another floor,  a Chinese mother desperately sought her missing toddler. “I turned my head for just a second- she was there and now gone!” Another woman pointed down the hall, “I saw her go that way!” The opposite direction from which the frantic mom was headed.

And as I write, I can hear a woman desperate to reach her company on shore. She has been complaining to the technician for ten minutes about the poor phone service in the middle of the Pacific Ocean. Finally, the besieged but patient Princess Cruise technician applies his magic and he gets her through.

So many stories, most of them hidden as we head back from Hawaii to the west coast at twenty-five miles an hour.

And a surprise Christmas present for me: The first review of my latest book.

Merry Christmas to you and to your family!