A question to one of the ancients Greeks known for his pursuit and love of wisdom, circa 518 BC: “Why do you call yourself a philosopher rather than an expert in one of the classical arts?”

Life… may well be compared with these public Games for in the vast crowd assembled here some are attracted by the acquisition of gain, others are led on by the hopes and ambitions of fame and glory. But among them there are a few who have come to observe and to understand all that passes here.

It is the same with life. Some are influenced by the love of wealth while others are blindly led on by the mad fever for power and domination, but the finest type of man gives himself up to discovering the meaning and purpose of life itself. He seeks to uncover the secrets of nature. This is the man I call a philosopher for although no man is completely wise in all respects, he can love wisdom as the key to nature’s secrets.

This was how Pythagoras evidently replied to Prince Philo who was captivated by the breadth of learning and love of wisdom expressed by his companion. It was Pythagoras who coined the word philosophy to indicate one who loves wisdom. Like himself. Along with his well-known discovery of geometry still known as the Pythagorean theorem, this man galvanized mathematics with his numerical logic.

The last phrase, is worthy of repeating for its timeless relevance: although no man is completely wise in all respects, he can love wisdom as the key to nature’s secrets.

But a quick search on the internet reveals something staggering. If not calamitous. At least for those in search of wisdom and truth. Those responsible for the university curricula have capitulated to a minority- it always is a minority- who claim that the dead white guy be absented from their studies.

I write ‘calamitous’ because a million years ago,  while working my way through my undergraduate degree in pursuit of wisdom and truth, it was just those dead white guys who, in a very real sense, saved my life. What absurdity to cave in to inanity and deprive students of some of the greatest minds of humanity because they are…white.

In my youth, I too was rebellious and remember well those years of flailing against authority just because it was there. But always, I was running toward wisdom not away, regardless of skin color.

In college during those heady days of protest and civil rights, one of my fond memories was meeting and conversing with Reverend Bill Lawson. He delighted me when he accepted my invitation to speak at the all -white, all -girl college I attended in Houston, Texas.

The Reverend sat with me on a park bench outside the college and answered my endless questions with grace, generosity and kindness. A very busy man, he never indicated that his position as the number 2 man in Martin Luther King’s organization precluded taking time for a young, naive, and very white college student.

Perhaps because of where my head is these days, I feel the insanity of the colleges’ capitulation even more profoundly. Writing I, Claudia is some of the most exciting I have done in a while. A long while. Mostly because of more than one dead white guy. I am in awe of the relevance and timelessness of these great minds. While reading Plato, Socrates, Cincinnattus, Cicero and many others, I find their thinking ennobling, provocative and yet, practical for our 21st century life.

On that note I thank Glenda Bixler for her lovely interpretation of the first three chapters of the new book:

Read Along With Me… Check out Lin Wilder’s New Book!

When I’m asked to review a book, I do not want to read more than the book description before I start to read–no reviews from others…no excerpt or beginning chapters… 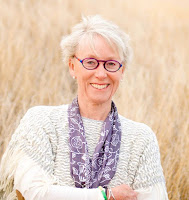 But when I’ve heard about a book that will be soon published, before i buy, I want to know more–the only exception is if I already have read books by the author. I have read Wilder, but this book will be entirely different from the mystery series I have loved. So, when I learned about I, Claudia, I asked if I could share a sample of the book for readers here at Book Readers Heaven.

Knowledge has three degrees─ opinion, science, illumination.
The means of instrument of the first is senses, the second, dialectic; of the third, intuition. —Plotinus
The greatest blessings come by way of madness, indeed of madness that is heaven-sent. —Socrates on the Oracle at Delphi
While he was sitting on the judgment seat, his wife sent him a message, saying, “Have nothing to do with that righteous Man; for last night I suffered greatly in a dream because of Him.” —Gospel of Matthew
The Christian of the twenty-first century will be a mystic-one who has ‘experienced’ something or he will not be Christian. –Karl Rahner
(I enjoy books which have quotes at the beginning. I read them and wonder how and why they have been used to support the upcoming words…The third one is obviously by Claudia to Pilate…while the first two engenders contemplation, don’t you think… The last one is provocative to me, having never read anything like this, and yet, I find it quite interesting! What do you think it means?)

And last, just in case I’ve not quite made my point? Permit these words of another dead white guy:

“To know, is to know that you know nothing. That is the meaning of true knowledge.” – Socrates

and worth the repeat… the finest type of man gives himself up to discovering the meaning and purpose of life itself. Pythagoras

Thank you for reading.

My Writer Friend on Why We Write Us Versus Them: The Deliciousness of Moral Outrage